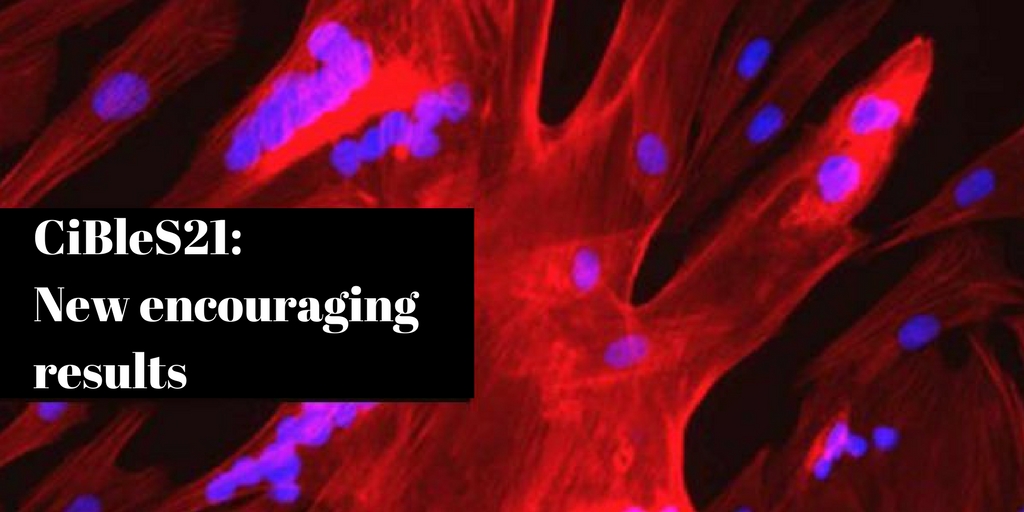 The Jérôme Lejeune Foundation is testing new inhibiting molecules to improve the cognitive functions in people living with Down Syndrome.

Since 2004, the Foundation has conceived and is piloting a fundamental research program to treat intellectual disability in patients living with Down Syndrome: CibleS21, the research program, launched from clinic observations made by Professor Jérôme Lejeune in the 80s’.

The Jérôme Lejeune Foundation is looking for an inhibitor which would oppose the CBS gene present on the chromosome 21, and therefore overexpressed in patients living with Down Syndrome. Indeed, the overexpression of an enzyme called cystathionine Beta synthase (CBS), involved in neurotransmission, plays a role in the memory disorders of people with Down Syndrome.

Expected from the very beginning to last 10 to 15 years, CiBleS21 has mobilized around 20 research teams since its launch in 2004. Several procedures, complementary to one another, are being carried out to try and identify the molecules likely to inhibit the CBS. We know that the disorder of this enzyme also has other effects in other pathologies. Yet, there are currently on the market certain molecules which seem to inhibit the CBS. They are already being commercialized for pathologies other than Down Syndrome, and some are being tested on Down Syndrome mice.

The first results are promising: very remarkably, the molecules have turned out to be capable of suppressing the memory disorders of these mice. This opens wonderful perspectives to improve the cognitive functions of patients with Down Syndrome and thus enable them to acquire greater autonomy.

Thanks to these concrete results, research on Down Syndrome should receive more financial support. Currently, it is funded almost exclusively by private funding, the Jérôme Lejeune Foundation being the main actor of this funding.

You also have the means to fulfill Professor Jérôme Lejeune’s wish by making a donation to the Foundation, “We will find a way. It is impossible not to. It is a much less difficult intellectual effort than sending a man to the moon.“

Helping improve the cognitive abilities of the weakest makes you stronger!