HomeBlogNewsTeen becomes first with Down syndrome to win... 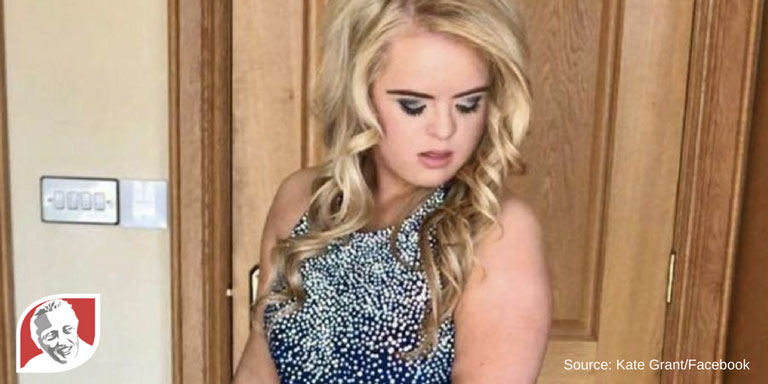 When she was born, doctors told her parents that she would never read, perhaps not even talk. Not only did Kate Grant defy all their expectations, but she became the first individual with Down syndrome to win an international beauty pageant. On July 29, the Northern Ireland teen beat forty other finalists for the title of Teen Ultimate Beauty of the World.

The doctor painted a bleak future. He said she wouldn’t learn to read, her speech would be limited and she’d never hold full conversations. I thought of him as she made her acceptance speech up on the stage at the pageant, describing her hopes for an inclusive society, one where people like her are treated as equals.

Kate’s mom said that Kate entered the pageant not expecting to win–she just loves dressing up and being on the catwalk. Kate was incredibly surprised to discover that she had won:

I was in shock. My family were all in the audience – crying and cheering.

Kate is excited to fulfill her duties as the reigning pageant queen, which include participating in photoshoots, mentoring and judging at next year’s pageant, and attending special events. She also hopes that the crown will enable to her to pursue her dream of being a professional model.

But the best part? She says:

My dream has come true. And that dream is to get a chance to inspire young people who have Down syndrome and other special needs to believe in themselves.