HomeBlogNews10-year-old girl with Down syndrome is... 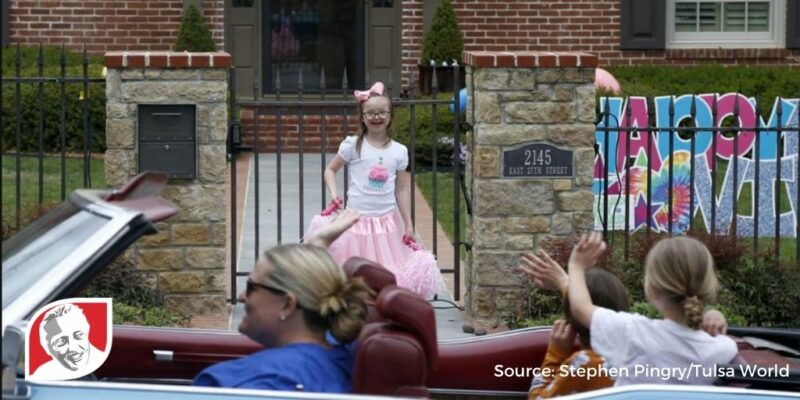 The coronavirus shutdown may have taken away 10-year-old Vivianna Smith’s much-loved class interactions, but it couldn’t keep her from having a fabulous birthday.

Vivianna, who has Down syndrome, is part of the RISE program for children with developmental disabilities at Marquette Catholic School.  With the school closed due to public health concerns, Vivianna has missed seeing her classmates and teachers.

“She’s a very, very happy kid, but she misses that interaction,” remarked her father, Channing Smith. “Every day, she talks about how she’s missing her friends and teachers.”

So, for Vivianna’s birthday, her family organized a surprise “parade,” inviting her teachers and classmates’ families to drive by the house in decked-out cars.

Over 30 cars drove by in the parade, playing music, honking, and cheering, as Vivianna and her family watched with joy from the front yard of their Tulsa home. Dressed in a fluffy pink tutu for the occasion, Vivianna cheered with matching pom-poms.

Vivianna is adored by her numerous friends, who had nothing but good things to say about her. Parker Vanderslice, one of her fellow classmates, remarked:

“I was really excited about this. It’s the longest I’ve gone without seeing her.”

Parker and his brother Porter, who also attends the school, rode by with their mother, Stephanie. She beamed when she talked about Vivianna’s magnetic personality:

Vivianna is one of those people who brings happiness whenever she comes in the room. And she loves you for who you are. I wish we had a million more Viviannas in this world.

Social distancing is a necessary precaution for Vivianna, whose risk is exacerbated by a heart condition. Her parents still wanted to make her birthday special in these times of uncertainty.

“We’re all doing the best we can right now in trying to maintain some normalcy. It’s a difficult time and you have to think outside the box,” said her father. 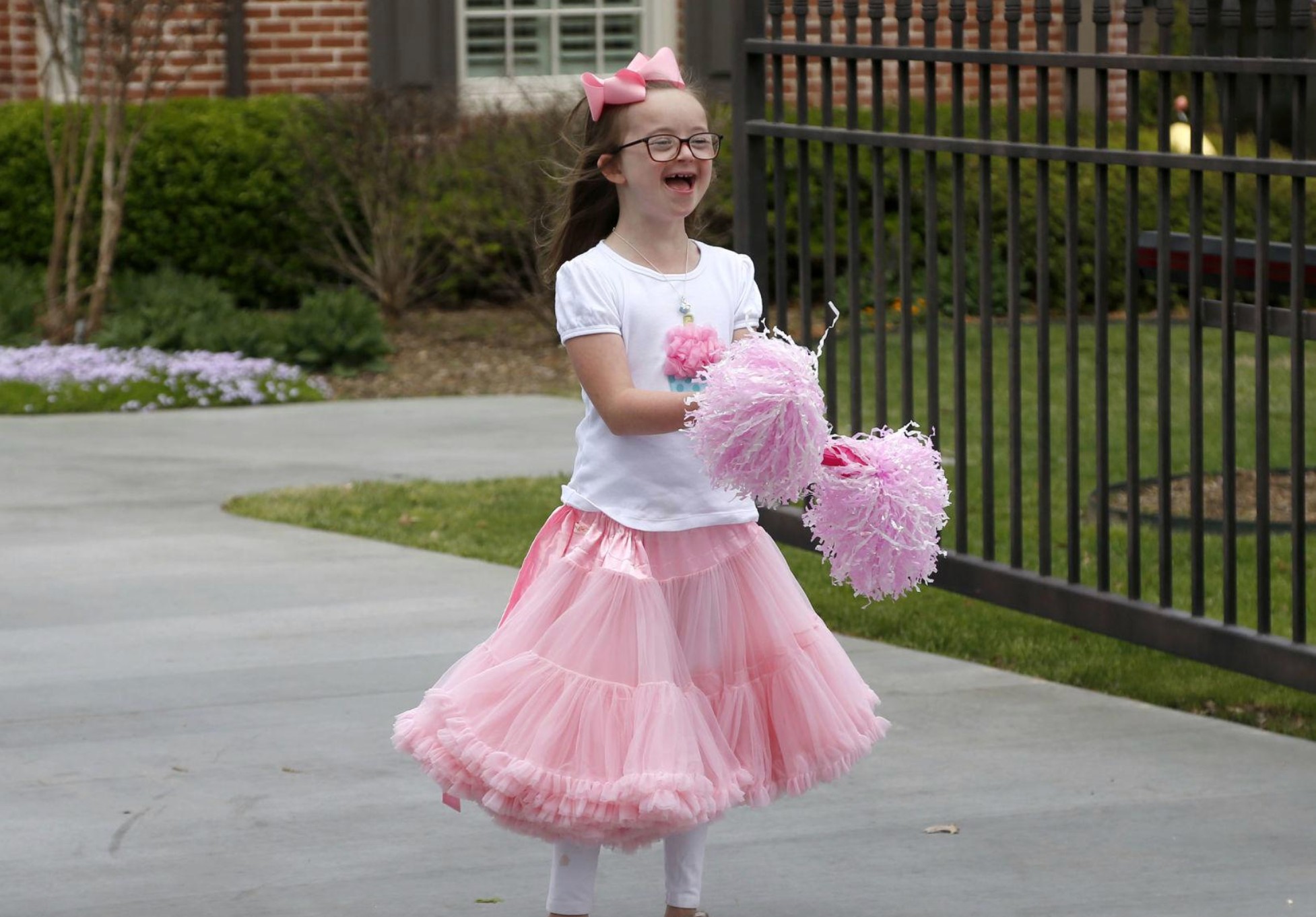 You can watch the footage of the parade on Tulsa World.