HomeBlogNewsGirl with Down syndrome swims across Kootenay Lake 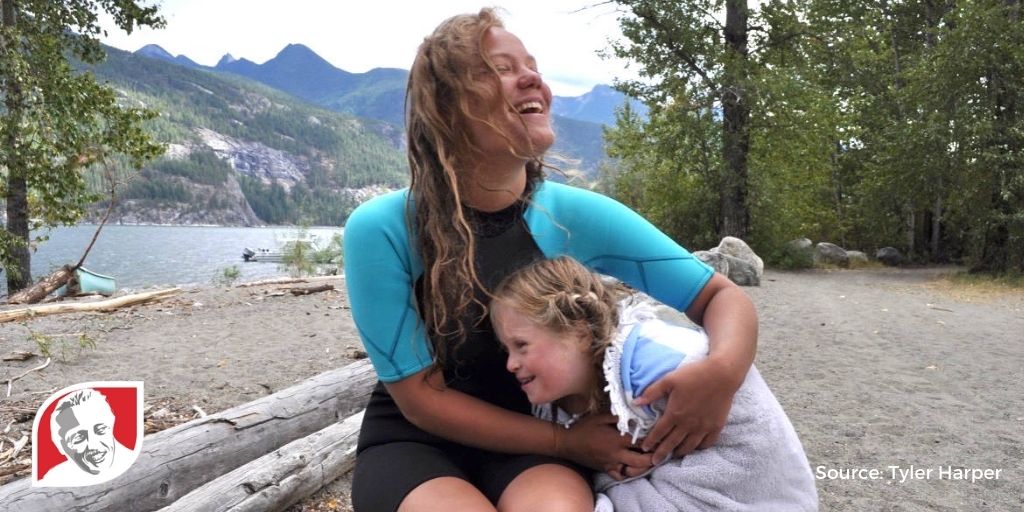 Lily Nay, a ten-year-old girl from British Columbia with Down syndrome, just accomplished her summer goal – one that would be difficult for many individuals twice her age: she swam across one of the largest lakes in British Columbia. 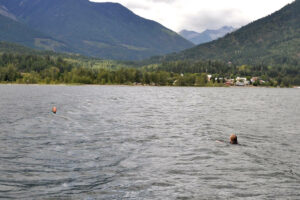 Lily and Ida halfway through their swim (Credit: Tyler Harper)

At the age of six, Lily began taking swim lessons to combat low muscle tone, and soon began swimming on a daily basis.

When Ida Jenss moved from Germany to be Lily’s au pair in Kalso, British Columbia, the two began swimming together in Kootenay Lake each day as weather permitted. Though Lily was afraid of the size and depth of the lake at first, Ida soon had to stop her from swimming too far out from shore. They often started swimming at noon, continuing until dinner time! Shortly after arriving in Canada, Ida got the idea of swimming across the lake – and Lily wanted to join her.

The day of the swim

They decided to make the swim on September 3, after the busiest part of tourist season was over. A fishing boat took them to the narrower part of the lake, and they plunged into the chilly water to make the swim.

Ida encouraged Lily throughout the swim, promising her pizza when she finished. The two also took turns pretending to be a shark and chasing each other. As Lily neared the end of the swim, she began to lose heart, but she rallied as her friends cheered her on from the shore. Lily finished the swim in under an hour – a distance of 1.41 km (about 0.88 miles).

Though she cannot swim herself, Lily’s mother Fiona is extremely proud of her daughter’s skill:

“She’s just like a little dolphin, a little fish.”

Lily remarked that the lake was “just a big pool.”

We’re proud of Lily and her awesome accomplishment!

SCOTUS nominee & Down syndrome – What you need to know