High school girl with Down syndrome a Farragut basketball star

HomeBlogNewsHigh school girl with Down syndrome a Farragut...

High school girl with Down syndrome a Farragut basketball star 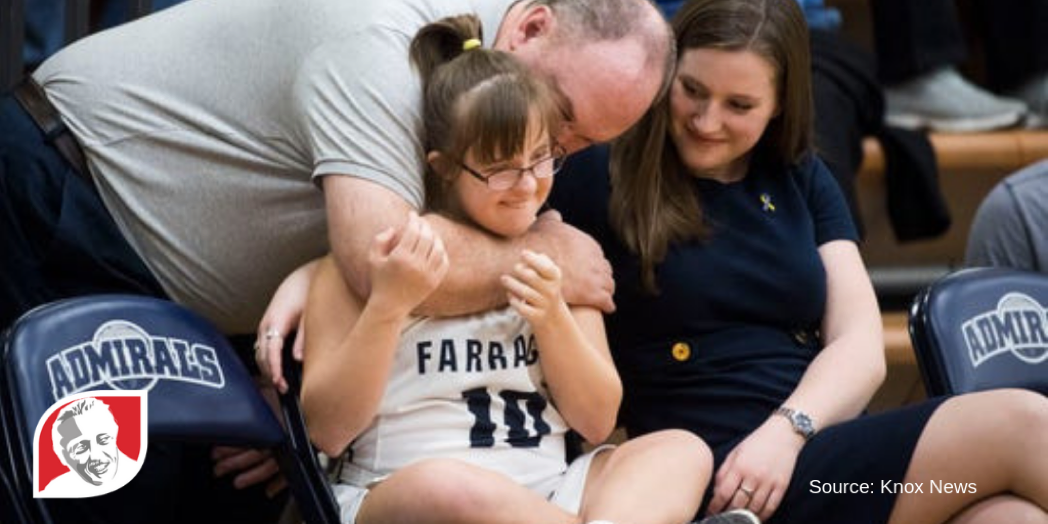 Olivia Campbell, a high school senior with Down syndrome, has overcome a variety of obstacles to become a Farragut basketball star. Although she has been a part of the team since freshman year, until recently, she always sat on the sidelines in her uniform, cheering the other girls on. With graduation quickly approaching, all that changed; according to an article on Knox News:

It was early February and Farragut’s girls’ basketball team was going to play Fulton. It was also senior night and Lady Admirals basketball coach Jason Mayfield was going to start his four seniors – and Olivia was one of them.

Considering the number of medical challenges Olivia faced throughout her infancy and childhood, her participation in a high school sport is nothing short of miraculous.

[As an infant] Olivia’s feedings could take up to an hour because she didn’t have strength in the muscles around her mouth and face. When she was learning to stand and walk, she would try and lift herself up using their coffee table, but her ankles and feet were so weak she would fall down. She didn’t start walking until she was 2 years and 2 months old.

So when Olivia ran onto the court during the fourth quarter, stole the ball and took a shot, she received a standing ovation. Her mother could not have been prouder, telling reporters:

“When she was actually out there, it was a bit of a blur because I was just on cloud nine and I couldn’t process everything. Her teammates wanted her to be out there to show how had she’s worked in practices and to show that she’s part of this team, and it was something beyond what I had ever imagined.”

Ultimately, Oliva’s story demonstrates that the obstacles attendant to Down syndrome are not insurmountable. With hard work, determination, and the support of family and friends, individuals with Down syndrome have incredible potential.