HomeMother-daughter team provides college scholarships for individuals with Down syndromeAll standardsNewsIncarnate Advocacy: why the “life” in pro-life...

The case for advocacy through care for those with Down syndrome

The pro-life movement is primarily focused on the fight to save lives at or before birth – and not without good reason. Since 1973, more than 60 million unborn babies have been aborted in the U.S. alone. And the population of those with Down syndrome is disparately affected by this reprehensible evil: an estimated 67 percent of pre-diagnosed babies with Down syndrome are aborted in the United States. In other countries, this number is even greater – Denmark’s termination rate for such pregnancies is over 90 percent.

Protecting and defending the unborn is essential to the pro-life movement. Each individual human being possesses inherent dignity and infinite value, and society has a duty to uphold and respect that dignity. But when a mother gives birth, it’s not the end— it’s just the beginning.

That’s why we believe that the “life” in pro-life doesn’t end at birth. We do not cease to advocate for individuals simply by virtue of their exit from the birth canal. If we are committed to honoring the inherent dignity and infinite value of each individual, then we must also strive to ensure that inherent dignity is honored throughout their life. We have a responsibility to support mothers, children, and families from conception until death.

“Incarnate Advocacy”: Advocacy Through Care for Those with Down Syndrome

True conviction is made evident through action. We are committed not only to advocating for individuals with genetic disorders throughout all stages of life, but also to doing so on a daily basis by providing proper medical care.

It’s a little something I like to call “Incarnate Advocacy.”

No person embodied this attitude more than Dr. Jerome Lejeune, who discovered the cause of Down syndrome. Dr. Lejeune wasn’t just a brilliant geneticist who advocated for life; he was also a compassionate medical practitioner. Over the course of his lifetime, his consultations became some of the most sought-after in the world. His motto “Every patient is my brother” guides our approach to medical care, and it should guide the pro-life movement as well. 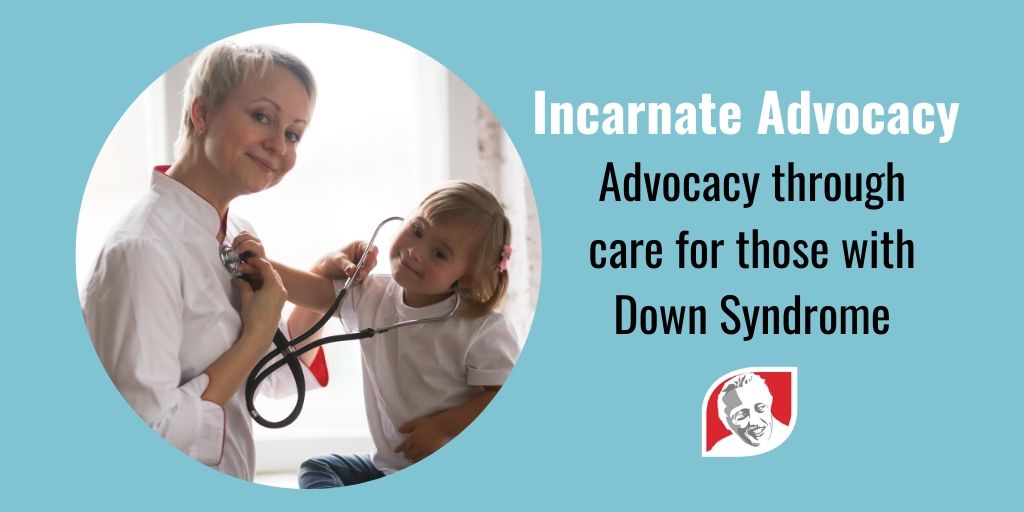 There are numerous centers for people with Down syndrome in the United States—some even offer holistic consultations, and pan-age care.

But we have yet to find one that promises what the Jerome Lejeune Foundation does: specialized holistic care from birth throughout all stages of life, animated by the conviction that each human being possesses inherent dignity and value.

The Down syndrome community needs the support of advocates for life—throughout all of its stages.

It needs incarnate advocates. It is dependent on you.

Will you join us?