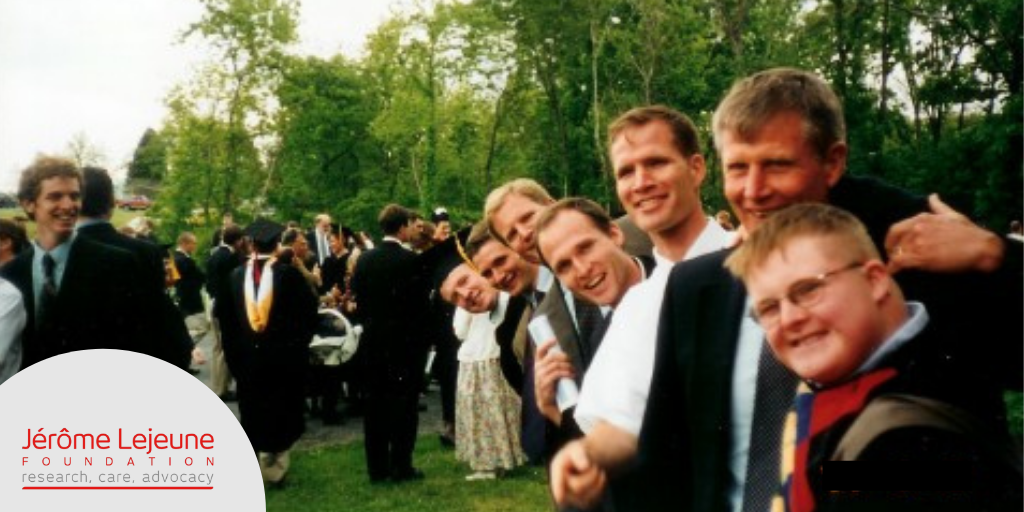 On September 8, 2008, Thomas S. Vander Woude gave his life to save his son, Joseph, who had fallen into a septic tank while working on the family farm. Today, thanks to an initial gift from Angels in Disguise, the Jerome Lejeune Foundation USA has been given the opportunity to memorialize this heroic sacrifice by launching the Thomas S. Vander Woude Memorial Fund for Down Syndrome Research. 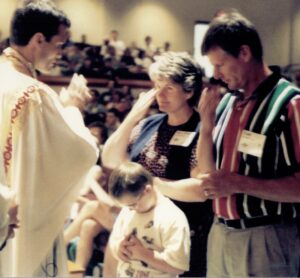 Thomas and his wife, Mary Ellen, with their son Joseph at Mass.

Thomas, a former Vietnam fighter pilot and retired commercial airline pilot, was the proud father of 7 sons. Joseph, or “Josie” as he is called, is the Vander Woude’s youngest son, and he has Down syndrome. Thomas’ heroic sacrifice stands as a clear testimony of the depth of love a father can have for his child. It is also a clear reminder that all human life is of inestimable value and worthy of protection.

The Jerome Lejeune Foundation was established in 1996 to honor another heroic man. Jerome Lejeune was the researcher that in 1958 discovered Down syndrome is caused by an extra copy of the 21st chromosome. His knowledge as a scientist confirmed his belief that every human person is valuable and must be protected from those who would devalue their lives because of a disability.

Dr. Lejeune often said, “we must love the patient and hate the disease,” but he knew that many were using the knowledge he had pioneered in attempts to defeat the disease by eliminating the patient. His outspoken belief in the value of every human life and his opposition to abortion cost him the friendship of many of his colleagues, his research funding, and some believe a Nobel Prize. 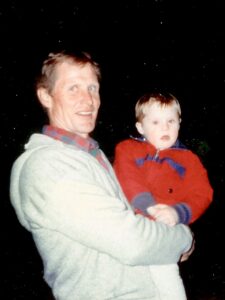 “There is no better place to memorialize the heroic sacrifice of Thomas Vander Woude than in this special fund that has been created at the Jerome Lejeune Foundation USA through an initial gift of Angels in Disguise.

We are certain that donors will respond generously to Mr. Vander Woude’s story, and to the testimony of love that remains in his family’s memory, and in the memories of all who knew him, or have heard the story of his death. He was a remarkable man, and his sacrifice has now provided a foundation upon which much good will be done to improve the lives of those living with Down syndrome.”

Tax-deductible donations can be made online or by sending a check to: