Looking Back: When Dr. Jerome Received the Kennedy Award

HomeMother-daughter team provides college scholarships for individuals with Down syndromeAll standardsNewsLooking Back: When Dr. Jerome Received the...

Looking Back: When Dr. Jerome Received the Kennedy Award 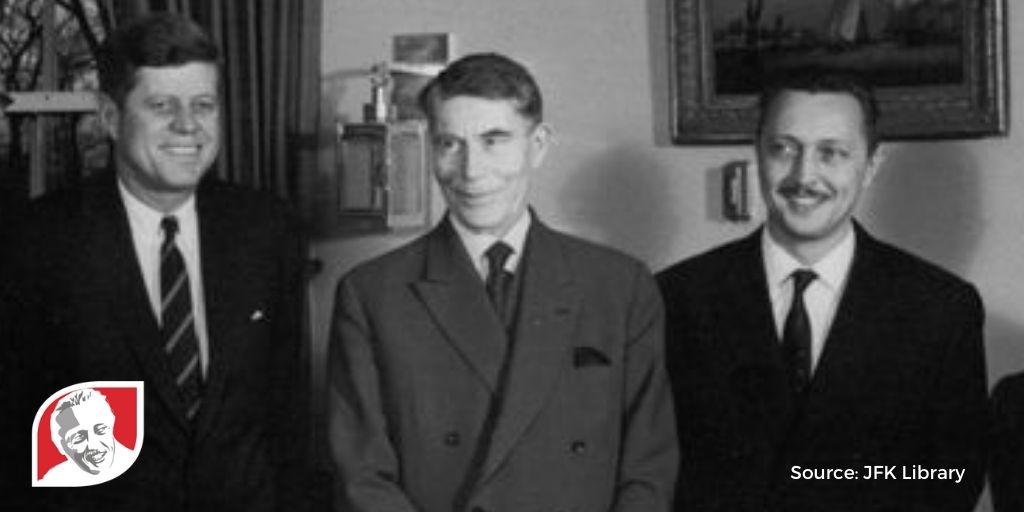 In 1958, when Dr. Jerome Lejeune discovered Trisomy 21, the cause of Down syndrome, the news spread to the scientific community throughout the world. In 1962, Dr. Jerome Lejeune was honored in the United States for his discovery with the Joseph P. Kennedy Award from the Joseph P. Kennedy, Jr. Foundation. He was one of six awardees selected out of 400 nominees from 26 countries. 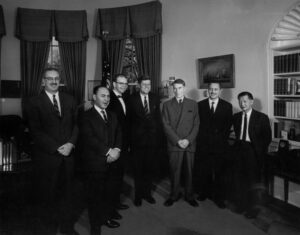 The Joseph P. Kennedy, Jr. Foundation was established by former Ambassador Joseph P. Kennedy in memory of his son, who was killed in a flying mission during World War II. Its mission is to improve the way society treats citizens with intellectual disabilities and improve their quality of life, as well as help identify the causes of intellectual disabilities. It is perhaps best known for founding the Special Olympics program. The Joseph P. Kennedy Award recognized contributions to research, service and leadership in related to people with special needs.

President John F. Kennedy presented the honorees with their awards at a ceremony on December 6, 1962 at the Statler Hilton Hotel in Washington, D.C. In attendance were honored guests including Adlai E. Stevenson, Lyndon B. Johnson, Burt Lancaster, and Judy Garland, who sang as part of the program. The program also included a special early screening of Garland and Lancaster’s movie A Child Is Waiting.

In his speech, President Kennedy stated:

I can’t imagine anything more satisfying to the people who work in this field than to realize that as the result of the effort of one man or woman in their life they have made it possible for a hundred or a thousand or twenty thousand children living in this country, or in some other country, to live a fruitful life which would not have been won without their patient and tireless work. So their work is their own reward.

We hope that by bringing it to public attention tonight it will cause others to enter this field. This has really been a field which has been relatively ignored. Now we hope to put a greater light on it in this country, and in other countries around the world. It knows no national frontiers. I hope that in the 1960s these years will be known as years in which the United States took the leadership in the great effort to make it possible to discover what we can do to make these boys’ and girls’ lives more hopeful and fruitful.