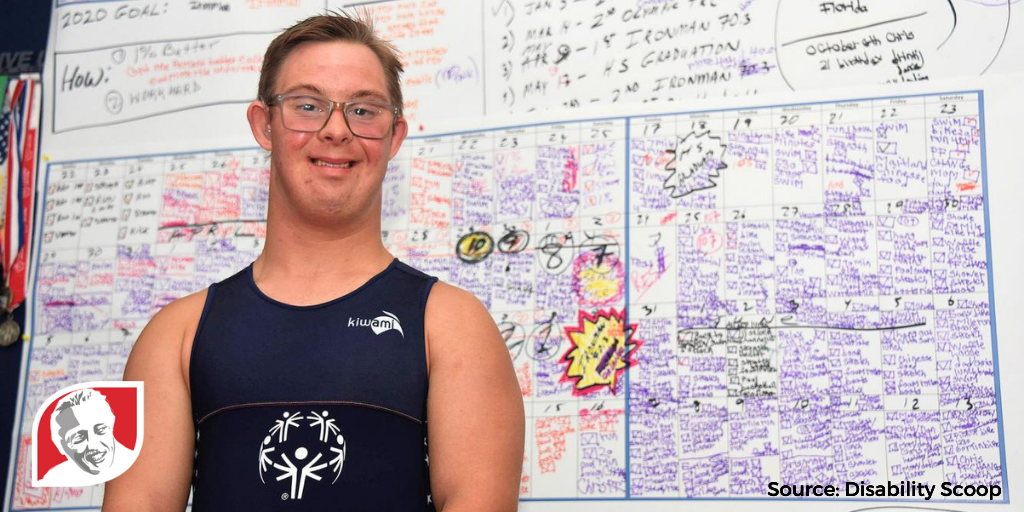 Every year for the past 14 years, ESPN has selected one dedicated athlete to receive the Jimmy V Award for Perseverance, which recognizes athletic commitment and determination in the face of significant obstacles.

This year, the award will be given to 21-year-old Chris Nikic, who made history in 2020 when he became the first person with Down syndrome to complete an IRONMAN triathlon. In order to be considered an IRONMAN, Nikic had to run 26.2 miles, bike 112 miles, and swim 2.4 miles in under 17 hours, a feat which landed him in the Guinness Book of Records.

Though Nikic experienced doubts during the experience, he didn’t let that stop him. His family was there to cheer him on and remind him of why he was there in the first place. After Chris had taken a fall and scraped his shoulder and knee at one point during the cycling portion of the event, his father reminded him of his mission:

“‘There’s a battle going on,” Nik told Chris. “There’s the pain and the dream. What is going to win?”

And that’s exactly what happened.

When asked what his thoughts were upon ESPN’s announcement to honor him for his efforts, Nikic stated:

“What an honor to receive the Jimmy V Award for Perseverance and to be included with such an amazing group of people… As a Special Olympics ambassador, I represent millions of athletes around the world who can now believe that inclusion is real for all of them. Thank you for me, but more importantly for the Down syndrome community and my fellow Special Olympics athletes.”

This is just the beginning for Nikic’s athletic career, as he plans to compete in more sporting events over the next year – from the IRONMAN World Championship taking place in Hawaii this October, to the New York City Marathon in November, and the 2022 Special Olympics. Nikic’s story serves as an inspiration to all, and has made a direct impact on the lives of others with Down syndrome, showing them they can accomplish anything they put their minds to.