Mom discovers relationship between Down syndrome and ketotic hypoglycemia

HomeMother-daughter team provides college scholarships for individuals with Down syndromeAll standardsNewsMom discovers relationship between Down...

Mom discovers relationship between Down syndrome and ketotic hypoglycemia 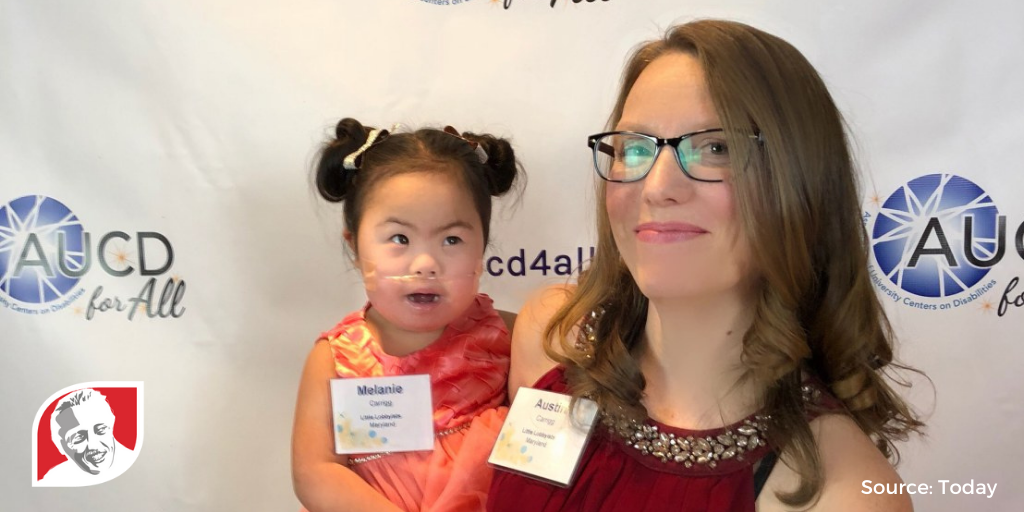 Thanks to the efforts of a dedicated mother, scientists recently discovered that there is a connection between individuals born with Down syndrome and the development of ketotic hypoglycemia, a “condition that causes low blood sugar with ketosis.”

How a mother’s love made a difference

For years, Austin Carrigg was told that Down syndrome was the reason that her daughter, Melanie, wasn’t reaching certain developmental milestones. When she was a toddler, Melanie couldn’t perform basic movements. While other children her age were becoming more active, learning to raise their heads and walk, Melanie was spending most of her days sleeping. Austin knew that Down syndrome influenced her daughter’s growth patterns, but she felt that there had to be something else effecting her energy levels.

After her concerns were dismissed by a number of doctors, Austin wasn’t sure where to turn. When Melanie went into a coma after catching a cold on a family vacation, Austin knew that she had to do something. Upon returning home, Austin requested to meet with a new doctor, and insisted that they start doing tests on Melanie. In a recent interview with Today, Austin stated:

“I was done fighting and I laid out all of the low blood sugars and high ketones and said, ‘You have to do something. Something is very wrong…. I was like, ‘You have to do it now’ and [the doctor] put in a referral to see a metabolic geneticist.”

The metabolic geneticist helped them discover the true reason for Melanie’s difficulties: she had ketotic hypoglycemia. Austin was relieved to learn that her concerns were not unfounded. And thankfully, the solution to keep Melanie’s blood levels balanced was simple: she needed to take cornstarch. As Austin said in a recent interview:

“It was a relief… The world was spinning because it felt so surreal. I finally know I’m not crazy. They’re finally going to help me help her… You take cornstarch… Believe it or not, that simple thing, cornstarch, maintains blood sugar.”

A few months after her new treatment began, Melanie’s transformation was obvious. This beautiful little girl who had be previously sleeping most of the day was now playing and having fun, proudly holding her head up and walking.

Figuring out the connection

As Melanie grew and Austin became more connected within the Down syndrome community, she began to hear stories from other parents about similar struggles that they had with their children. A few of them mentioned how they had also seen their kids have low energy levels and difficulties meeting their growth milestones. The more people she spoke with, the more Austin realized that there appeared to be a connection between kids with Down syndrome and the development of ketotic hypoglycemia.

After contacting the Ketotic Hypoglycemia International organization to relay this information, the advisory board of the organization decided to dig further and find out if there really was a connection between the two conditions. To test Austin’s theory, members of the Ketotic Hypoglycemia International organization performed a study of 140 children with Down syndrome, and discovered that there is, in fact, a connection between the two. The results of the study showed that “7% of respondents either have a diagnosis of ketotic hypoglycemia or symptoms consistent with it and this is the first paper to note a connection.”

Austin was filled with joy to know that her efforts have helped make a difference not only for her own child, but now for other children with Down syndrome. Ketotic Hypoglycemia International recently published a paper on these findings, and listed Austin as a co-author. When asked for her response to their findings in a recent interview, Austin declared her gratitude to the research team and the doctors who took the time to listen to her concerns.

“It was never a question in the researchers’ minds as to whether I would be allowed to be involved… That was the amazing part. They understand and value our voices even though we’re parents and not medical providers… They gave me my voice… [they] valued my opinion and I was right.”