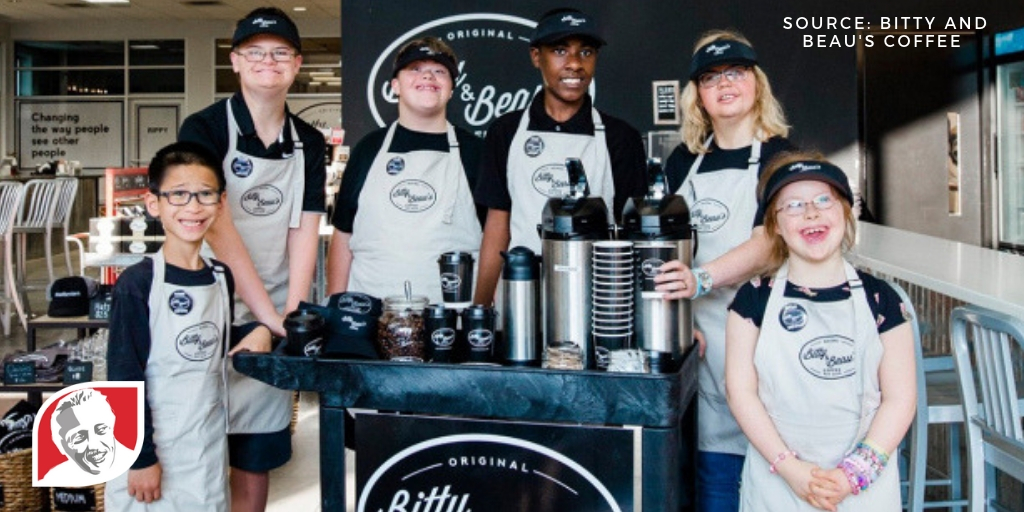 According to web publication Aleteia, 80% of people with intellectual and developmental disorders do not have a job. But a couple in North Carolina is striving to change that. Inspired by their two children, Bitty and Beau, who both have Down syndrome, the Wrights decided to open up a coffee shop that exclusively hires people with intellectual and developmental disorders. Their venture has been a great success, and some have even dubbed Bitty and Beau’s Coffee shop “The Happiest Place in Wilmington.”

The shop has been so successful that they recently expanded their location in North Carolina and opened two new shops in South Carolina and Georgia. The company now employs over 120 workers at the three locations. These shops not only transform the lives of their employees, but also positively impact those who frequent them, according to the Wrights:

“Creating this has given people a way to interact with people with disabilities that (they) never had before. This is a safe place where people can test the waters and realize how much more alike we are than different. And that’s what it’s all about.”

These efforts have not gone unnoticed. In 2017, CNN gave Amy Wright their Hero of the Year Award, as well as $100,000 towards her project, and in 2018, the Rachel Ray Show recognized Bitty and Beau as its official coffee brand.  The Wrights say that with such positive responses, they plan to open even more shops this year. They hope that their efforts will pave the way for other companies to follow suit:

While their story is proof of just how much our children can inspire us to be the very best of ourselves, Amy wants to spread her message further, hoping other businesses will also join in her initiative and hire those who don’t fit the usual criteria, but who have that little something special to bring to the workplace.