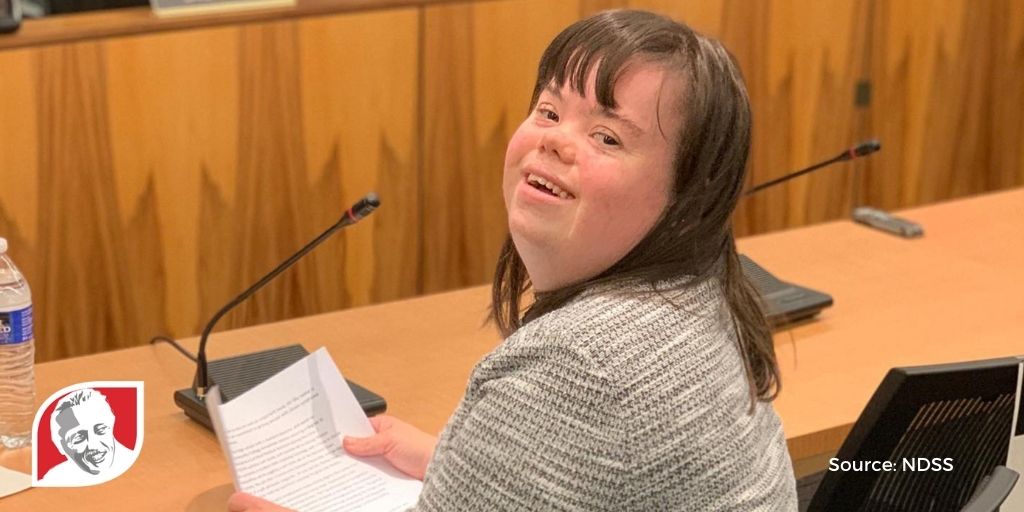 Though many states have legislation to prevent this discrimination, there are no protections against it at the national level. But the National Down Syndrome Society (NDSS) is working to change that. Partnering with Congresswoman Jaime Hererra Beutler (R – WA) and Katie Porter (D- CA), they have developed the Charlotte Woodward Organ Transplant Discrimination Prevention Act, which was introduced to Congress in December 2020.

The legislation is named after Charlotte Woodward, a woman with Down syndrome who had a successful heart transplant when she was 22. Born with a hole in her heart between the chambers, Charlotte had multiple surgeries as a child. However, as she grew, she suffered from fainting spells, lethargy, and shortness of breath, and doctors eventually recommended that she get a heart transplant. Within two weeks, she was able to receive a transplant, and eight years later, she is healthy and happy. But sadly, many others with Down syndrome have not or will not have the same experience as Charlotte.

“I wasn’t fearful about having a heart transplant because I had a great support system with my family and my doctors and everything. But I was fearful that I might not be around if something like that [if she was denied a transplant based on her disability] had occurred.”

“Since my transplant, I have been able to go on to do lots of good things. For instance, I am a certified medical assistant. I have a wonderful job at the National Down Syndrome Society. And I’m also at college at George Mason University studying sociology with a concentration in social change and inequality.”

The National Down Syndrome Society has advocated for legislation at the state level for many years; at the moment, 15 states have laws that prevent organ transplant discrimination. But after hearing many stories of families who moved to different states in order for their loved ones to be eligible for a transplant, they realized that they needed to aim higher.

The Charlotte Woodward Organ Transplant Discrimination Prevention Act would prohibit all healthcare providers from denying people with disabilities the ability to receive an organ transplant, and provide the full extent of support available as the recipient navigates their aftercare.

Though the bill was introduced to Congress in December, it will need to be introduced again this month. NDSS and Charlotte encourage supporters to contact their representatives to help it become law. People with Down syndrome and other disabilities deserve to have equal opportunity to receive organ transplants.