One mom’s fight for her baby with Down syndrome

One mom’s fight for her baby with Down syndrome 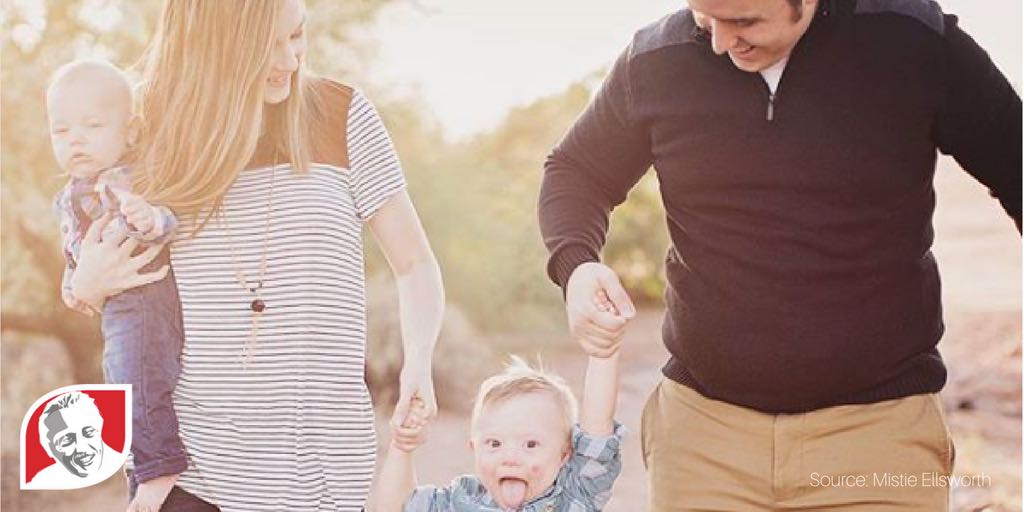 Shortly after Mistie Ellsworth and her husband got married, they were told that Mistie had genetic factors that might cause difficulty conceiving if they waited until later in life to have children. As a result, they decided to try to have kids right away, and Mistie became pregnant soon after.

Needless to say, the couple was overjoyed. But their joy soon turned into a struggle. After conducting some prenatal tests, Mistie’s doctor told her that her baby had Down syndrome – and that she should abort it. Mistie describes the interaction:

“Well the test came back and the fetus has an extra 21st chromosome – it’s known as trisomy 21 or Down Syndrome,” she said.

“Would you like to know the gender? Or should we just talk about the termination process?”

Termination? I was so confused – I thought I knew what Down Syndrome is but . . . I wasn’t for sure. It was her saying ‘termination’ that really threw me off. I was just silent; I honestly didn’t know what to say. My heart hurt and my body felt unbearably heavy. The words Down Syndrome just keep ringing in my ears.

“About 90% of Down Syndrome diagnosis’s (sic) end with termination worldwide; it is a really common solution and we can take care of it as early as tomorrow,” she said.

But it didn’t end there. The doctor encouraged her to abort again at the end of the call, and went on to call her four more times before Mistie reached 20 weeks (the latest she could have an abortion in her state.) The doctor told Mistie that it was unrealistic to have the baby while she was still in school, and made the worst case scenario seem like the certain outcome.

Just when she needed help most, Mistie had to instead fight her doctor on the decision she believed would be best for her and her child.

Unfortunately, this is the case for many women whose child receives a prenatal diagnosis of Down syndrome. They are provided with inaccurate information about Down syndrome and are pressured to abort. What if instead, their doctors were educated about Down syndrome? What if they were given the support and encouragement they needed?

That is why the Jerome Lejeune Foundation USA is working to build a hospital here in the United States. We want to ensure that mothers like Mistie receive the support they need to care for their child with Down syndrome – both before and after birth.

Thankfully, Mistie did not listen to her misinformed doctor. Instead, she continued her pregnancy, and she gave birth to a healthy baby boy, whom she and her husband named Jedediah. Jed is now three years old, and has a younger brother, Wyatt, who is almost one. Mistie says,

One of the best days of my life was when I finally got to meet Jedediah in person and hold him in my arms; it was such a relief. Down Syndrome is a box I check when we go to the doctors – just a simple fact about the cutest little blonde boy there is.