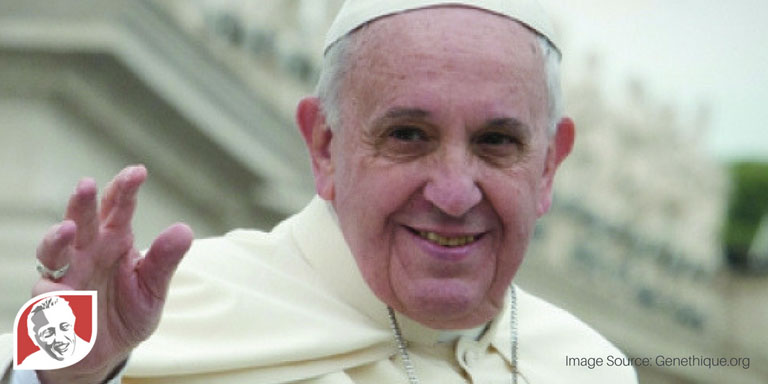 Addressing members of family associations on Saturday, 16 June, Pope Francis made a plea to families, urging them to welcome every child “even if at times they are sick”. He strongly condemned abortions carried out in the case of disability and denounced the “murder of children”.

“I have heard that it is in fashion—or at least customary—in the first months of pregnancy to have certain exams, to see whether the baby is not well, or has some problems. The first proposal, in that case, is ‘Should we get rid of it?'” The Holy Father added: “In the last century the entire world was scandalized over what the Nazis were doing to maintain the purity of the race. Today we do the same thing, but with white gloves. And to have a nice life, they do away with an innocent.

On several occasions, Pope Francis has already reiterated the fact that abortion is “a grave sin, since it puts an end to an innocent life”, and has denounced current eugenic practices. On 18 May, he drew comparisons “in an unpublished speech at the European office of the One of Us Federation, between experiments on human embryos and the abortion of unborn sick children, and the practices of Nazi doctor Josef Mengele, and the Spartans who threw unhealthy babies over the mountain top”.

For their part, Belgian bishops issued a press release on the decriminalisation of abortion, which is currently under discussion in Belgium. They pointed out “abortion will never become commonplace. Even if it were to be removed from the Penal Code. It will never become ordinary practice… We do not want abortion to simply become a medical procedure. It is far more than that. It is extremely serious for both mother and child”.