The Oscars include a presenter with Down syndrome in historic first

HomeBlogNewsThe Oscars include a presenter with Down...

The Oscars include a presenter with Down syndrome in historic first 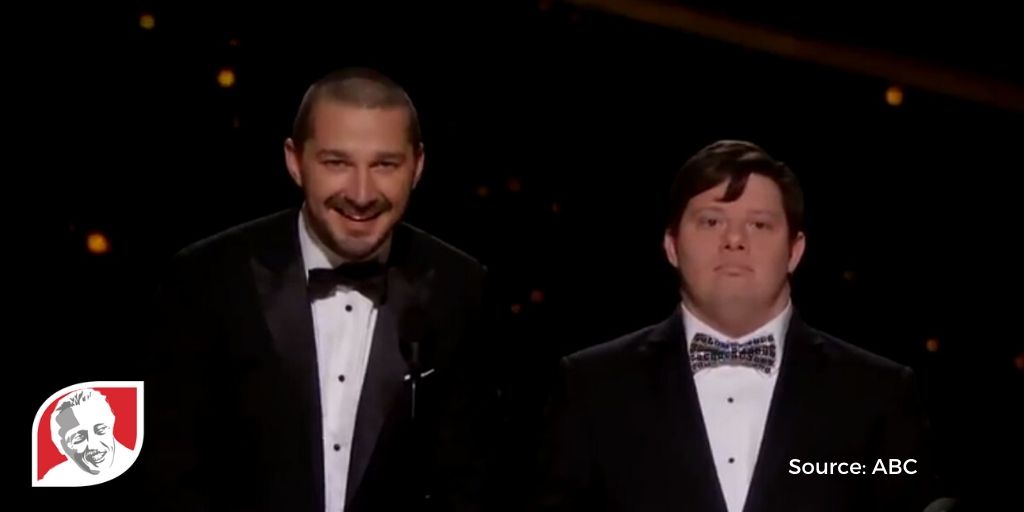 At the Academy Awards Ceremony this year, Zack Gottsagen became the first person with Down syndrome to be an Oscar presenter. Zack was able to say the classic line “And the Oscar goes to…”

Zack shared the stage with his friend and co-star, Shia LaBeouf, who assisted in the awards announcement. Shia and Zack became good friends after acting together in The Peanut Butter Falcon – one of the first major Hollywood films to feature a leading character with Down syndrome.

When Shia was offered the opportunity to present at the Oscars, he agreed under one condition – that Zack could come with him, says Peanut Butter Falcon director Alma Har’el.

Shia was offered to present an Oscar. He said he would do it if he can share that moment with his beloved co-star Zach Gottsagen who we all adore. It’s stressful up there… pic.twitter.com/F75aT1vURa

We just love Shia and the respect that Shia and Zack have for each other is beautiful… They’re very tight. They love each other, really encourage each other. Shia’s been very supportive of Zack as an actor, his professionalism. He’ll really seek out opportunities for Zack and did a lot with promoting the movie, you know, which, Shia always doesn’t — that’s not really his thing, but he did it for Zack.

Shia credits Zack with “changing the course of [his] life,” and challenging him to be a better person during some rough periods he went through during filming.