HomeMother-daughter team provides college scholarships for individuals with Down syndromeAll standardsNewsThe Peanut Butter Falcon is one of the first... 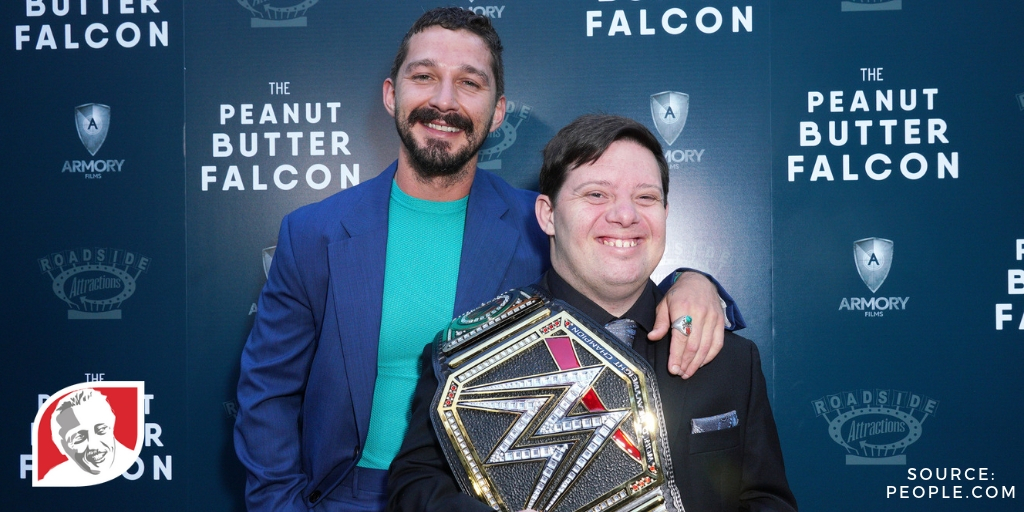 August 9 marked the theatrical release of one of the first major Hollywood films to feature a leading actor with Down syndrome. Growing up in West Palm Beach, Florida, Zack Gottsagen’s biggest dream was to become an actor. As a child, his favorite TV show was Even Stevens, starring Shia LaBeouf, and he always hoped that one day the two of them would be able to act together. Although many thought that Zack’s dream of becoming an actor was unlikely to come true, he never let fear stop him from reaching for it. After countless acting lessons and years of training, Zack was given the opportunity to work alongside LeBeouf in the new movie, The Peanut Butter Falcon. Speaking to People magazine, Zack related that despite the obstacles, he wouldn’t let Down Syndrome stand in the way of his dream:

Down syndrome won’t stop me. I knew I could do it. It was hard sometimes, but I knew if I worked hard, I would do a good job, and I did. I’m really proud of myself.

See Zack in action in a trailer for The Peanut Butter Falcon.

Zack wouldn’t be where he is today without the support of his mother, who helped him get accepted at a local performing arts school. While he has performed in many small acting roles in the past, in 2014, he took a role in a movie called Becoming Bulletproof.  His acting in that movie caught the attention of screenwriters Tyler Nilson and Michael Schwartz. Dazzled by Zack’s performance, the two decided to write a special role just for him in their new movie The Peanut Butter Falcon. According to People magazine, not only did the screenwriters thoroughly enjoy working with Zack, but fellow actors LeBeouf and Johnson also treasured the experience:

“There were times his eyes were the only thing I could look at,” LaBeouf says. “He’s creatively masterful. He was my rock.”

Adds Johnson, 29: “Working with Zack was the most honest and loving experience I’ve had with another actor. He’s pure light, and he totally changed my heart.”

Zack hopes that his story inspires others like him to pursue their dreams and not let anything hold them back:

People think that someone with Down can’t do things. I want to prove them wrong. If they watch me in a movie, maybe they’ll think that they can do anything too. Maybe someone else with a disability will follow their dreams because of me.