This family adopted five children with Down syndrome

This family adopted five children with Down syndrome 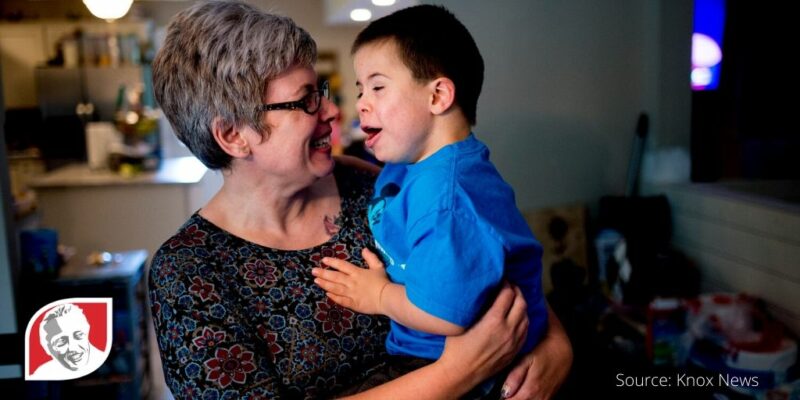 The Carmichael family has a special place in their hearts for children with Down syndrome; this month they adopted CJ, their fifth child with the genetic disorder. When they first met CJ in an orphanage in Ukraine, he was malnourished and unable to even sit up. He had been abandoned because he had Down syndrome.

“When you get over there and see little skeletal bodies and little hollow eyes, and their life is just existing, you can’t not act,” remarked Stephanie, CJ’s adoptive mother. CJ’s adoption was made possible through the fundraising efforts of friends, family, and an organization called “Reece’s Rainbow.”

Now CJ is three years old and crawling – an accomplishment Stephanie says they celebrated as if “he had won an Oscar.”

“We had enough room. We had just enough money to feed another one and do all those things, and it’s just taken the willingness to do it,” Stephanie told an interviewer.

Last Sunday, the Carmichaels participated in the Knoxville Buddy Walk to raise awareness of Down Syndrome. “They’re just regular people with their own personalities, their own likes, their own dislikes,” says Stephanie.