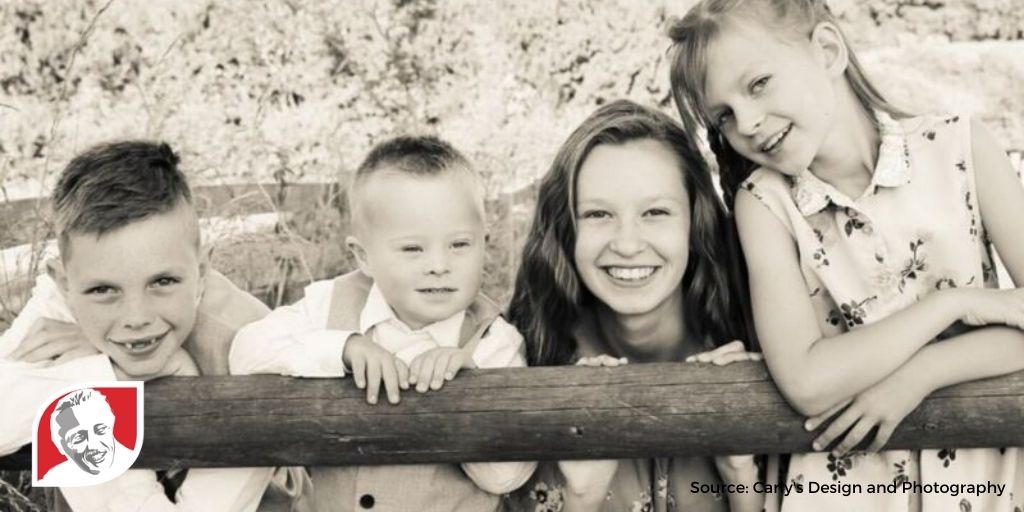 When mothers receive a prenatal diagnosis of Down syndrome, they are often surrounded by negativity and even pressured to abort. With little information about Down syndrome available, many parents feel hopeless and often cave to the pressure of antagonistic medical providers. But some are brave and choose life for their unborn children with Down syndrome. Here are some of their stories.

Lorraine – fought against amniocentesis and pressure to abort 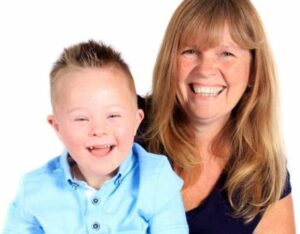 When Lorraine Buckmaster was pregnant with her son Jaxon, she received extra screening since she was 45 and her pregnancy was considered higher-risk. When the sonographer said she would need to have amniocentesis, Lorraine refused:

“I said no, we wouldn’t be interested, partly because we had lost a baby the previous year. She was very aggressive and said ‘women like you make me sick. Why bother having a screening at all if you’re not going to do anything about it?'”

Later, Lorraine’s midwife called, saying she had “really bad news” – the baby had a one-in-five chance of having Down syndrome. Lorraine and her husband Mark refused any further testing. Lorraine recalls:

“The support was only there if I chose to have an abortion, and that was what they presumed, but they weren’t interested when I said I wanted to keep Jaxon.”

Jaxon was born healthy, receiving a diagnosis of Down syndrome at birth. He is now a happy six-year-old who loves swimming, Mickey Mouse, cars, dinosaurs, and performing with a musical theater group. He attends a mainstream school and has lots of friends.

“It takes him longer to reach milestones, but we celebrate them so much more because they are such an achievement for him.”

Emma and Stephen – asked 15 times if they wanted to abort 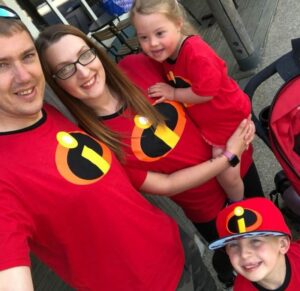 Parents Emma and Stephen Mellor had an even more harrowing experience. When doctors found fluid on baby Jaimie’s brain at 20 weeks, they pressured Emma to abort.

“From that moment on, they recommended we should terminate and told us to think about the effect on our son and his quality of life…In all honesty we were offered 15 terminations, even though we made it really clear that it wasn’t an option for us, but they really seemed to push and really seemed to want us to terminate.”

To make their experience even more challenging, Emma and Stephen’s son Logan was waiting for invasive surgery to fix a heart defect. That juxtaposition – facing pressure to end her unborn daughter’s life with a lethal injection in her heart while her brother waited for surgery to fix his – made the doctors’ attitudes seem especially callous.

The Mellors chose life for Jaimie, and now she and her brother are both happy and healthy. Emma says:

“She loves dancing and trampolining. She has a few difficulties but she is just like any other child her age. She lights up the room and people just gravitate towards her.”

Nicola – fighting against despair and misinformation 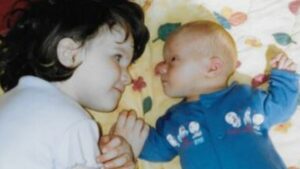 Nicola Enoch also had a difficult experience when she discovered her baby could have Down syndrome. She scheduled an amniocentesis, with the intent to abort if the Down syndrome diagnosis was confirmed. However, she decided to cancel at the last minute, knowing that if it caused miscarriage, she would not be able to forgive herself, having suffered four prior miscarriages.

When her son Tom was diagnosed with Down syndrome after birth, Nicola struggled to accept him as doctors and her midwife plagued her with misinformation.

“I felt complete and utter despair and devastation. Gone was this gorgeous baby and instead he was replaced with this unknown entity.” 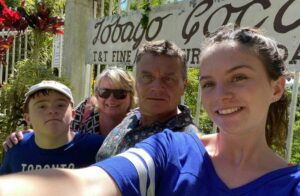 But eventually, Nicola fell in love with her son, and realized that cancelling the amniocentesis was the best decision she ever made:

“I am terrified I would have terminated Tom’s life. I was led to believe he would have a negative impact on our lives but he has enriched them and we are without doubt better people for having him in them.”

Nicola became an advocate for babies with Down syndrome, publishing books, lobbying, handing out literature in maternity units, and even getting the advice on the NHS website changed. She worries that many parents are making life and death decisions based on inaccurate information – just as she was. Her son Tom is now sixteen, goes to school, loves to golf, snorkel, and kayak, and hopes to soon get a job and eventually marry.